If the enemy captures a single Muslim, it becomes wajib (obligatory) on every one who has the ability, to rush to their rescue (even without seeking anyone’s permission). It is apparent that it is compulsory on everyone, similar to the situation where the enemy invades our land. Moreover, saving our brothers is of a higher priority, as the sanctity of a Muslim is greater (than the sanctity of a State). – Ibn Hajar Al-Haithami Rahimahullah

First, let address the elephant in the room, I don’t play poker or any related card game nor gamble since neither are permissible.

“They ask you [Muhammad] concerning wine and gambling. Say: ‘In them is great sin, and some profit, for men; but the sin is greater than the profit.’… Thus does Allah Make clear to you His Signs, in order that you may consider”

“O you who believe! Intoxicants and gambling, dedication of stones, and divination by arrows, are an abomination of Satan’s handwork. Eschew such abomination, that you may prosper”

“Satan’s plan is to excite enmity and hatred between you, with intoxicants and gambling, and hinder you from the remembrance of Allah, and from prayer. Will you not then abstain?”

Now, back to the ted talk.

The previous few post from yesterday was mainly about refugee. So, just to add another one.

This is a Ted Talk by David Miliband, the president of the International Rescue Committee.

Key Points from his talk

Today, the same countries that gave sanctuary to World War II refugees are turning away asylum seekers. Yet globally, the battered and persecuted continue to flee their nations, including people displaced by chemical warfare in Syria, Taliban activity in Afghanistan and Boko Haram’s violent campaigns in Nigeria.

The refugee crisis formed due to the decline in the international political system, weak governance in many countries, and theological, social and political differences among Muslims.

In 2015, more than 3,700 people died seeking sanctuary, including five-year-old Alan Kurdi, whose lifeless body appeared in a photo that evoked compassion worldwide. Hostility and oppression displaced 65 million people in 2016; 40 million stayed in their homeland, and 25 million left for a neighboring country. Displacement is long term, averaging a decade.

Dadaab, the so-called temporary Kenyan refugee camp built for Somalis escaping civil war, houses 330,000 people. Almost a third of that population was born in the camp. Families and children in refugee camps need help. How the global population responds will reveal its character.

“The world is more connected than ever before, yet the great danger is that we’re consumed by our divisions. And there is no better test of that than how we treat refugees.”

Refugees bring different beliefs and culture, and that should motivate, not deter, their welcome. After World War II, Western democracies created protections for refugees.

The persecuted still view these countries as havens. Additionally, Western mistakes in foreign policy added to the crisis, so the West has a duty to offer relief. Act personally: Hire refugees, support relevant charities, debunk cultural falsehoods and vote for politicians with refugee-friendly policies. In 1942, Monsieur Maurice, a Catholic farmer near Brussels, helped shelter 17 Jewish people from the Nazis. When asked why, he said only, “One must.” That is, saving others from violence is the humane response. 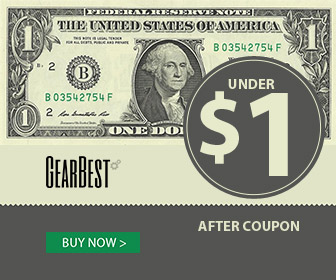 Great Gadgets Sales Under One Dollar

Demonstration: Fresh Fish Frozen, then back to life again

MY STATS SO FAR

Disclosure: Some of the links in the website are affiliate links, meaning, at no additional cost to you, I will earn a commission if you actually click through and make a purchase.